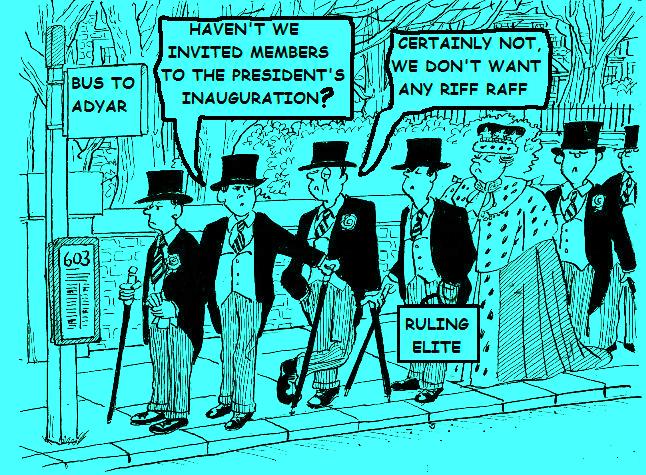 Are you a member?

The new president has celebrated his election in a bit of a hurry. Far from being a celebratory event for Society members, care was taken to keep out the lower orders and confine attendance to the well informed elite.

The rush job inauguration clearly indicates a devaluation in the status of the presidential role, and a division in the Society between an elite inner circle and all other members. The way this has been handled has been a real kick in the teeth for the membership.

This hastily arranged installation of a new president comes after an election about which many members were unhappy, told nothing, and given no right to complain.