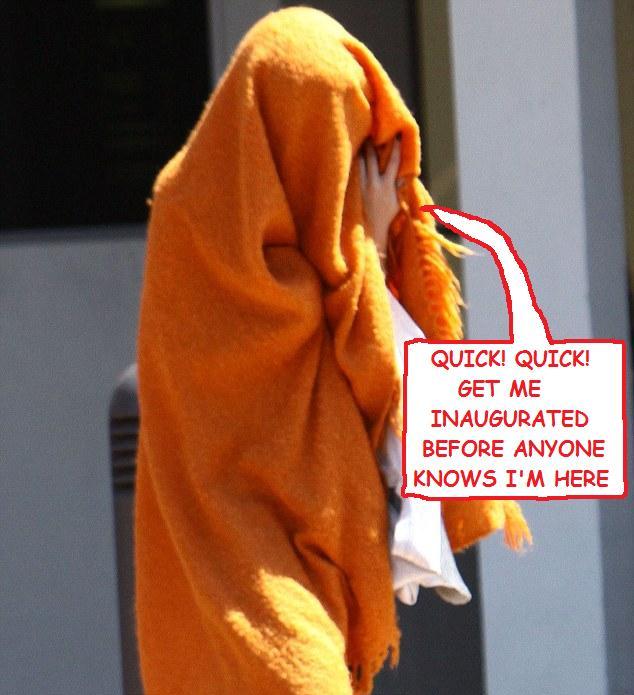 How could this presidency get off to a worse start?

Did the ruling elite really think that a low key

installation, rather than a proper inauguration,

would head off disputes over the election?

Having dutifully done as he was told by the ruling elite by maintaining silence during the now disputed 2014 election, the new president is obliging his masters by silently creeping into office to avoid angry crowds. It looks like the Society now has a non-presidential president.

A hastily arranged presidential inauguration with no prior warning means no crowd, and no crowd means no trouble, or so the ruling elite hope. Serious divisions now exist primarily in the Indian Section over how the 2014 election was conducted, and without a fresh election, disputes will persist throughout the current presidency, while the Society breaks up.

It looks like the leadership has achieved a double whammy of both failing to produce a proved election result backed by proper figures, and also failing to produce a credible president. What real international president would come to power by saying a few words to his mates? It is clearly too much trouble to say anything to the ballast, or even invite them to participate in a major Theosophical Society event.

Many hoped that the silence and secrecy would end after the election, but it looks as if it is downhill from now on as members hear nothing from a besieged Adyar elite, while queries over the 2014 election remain unanswered.